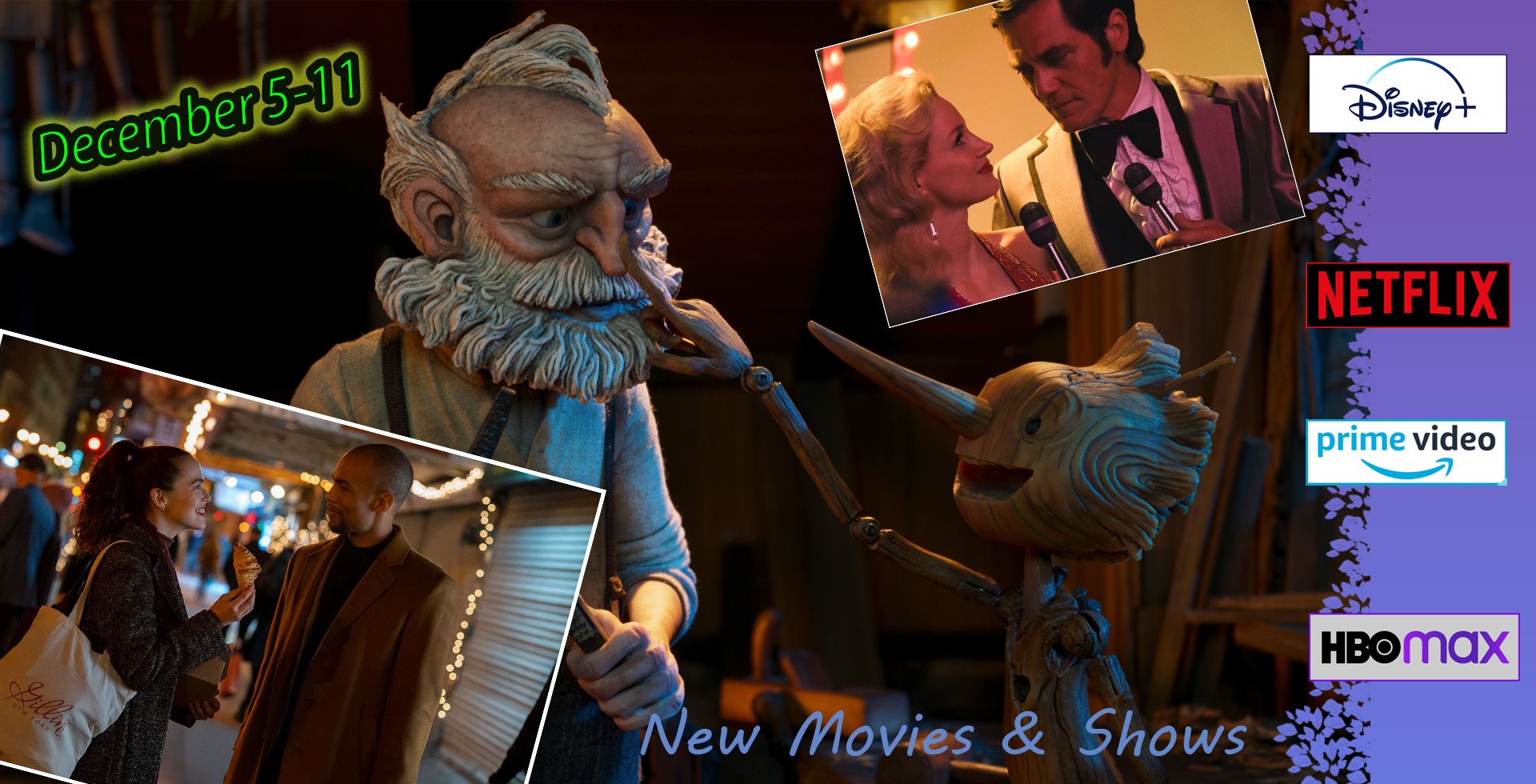 A number of new movies and TV shows are on their way to land on streaming platforms including Netflix, HBO Max, Prime Video this week from December 5 to December 11. If you’re confused with what to watch on streaming this week I’m here to give you the right information about all the best and new movies and shows and where to stream.

The Best New Movies and TV Shows to Watch This Week

Inspired by their daughter Georgette’s book, sees Michael Shannon and Jessica Chastain play the couple who fell in love while on tour when Wynette was still married to her second husband, singer Don Chapel.

The series highlights their ups and downs, including battles with alcohol and drugs. It also showcases how their turbulent private lives helped to cement their fame when they released a string of hits.

The final season of His Dark Material continues the story of a young girl Lyra and this season will be more darker and deeper than previous seasons as it’s based on Philip Pullman’s novel The Amber Spyglass .

Shot on location in Chicago’s Englewood neighborhood, South Side follows two enterprising best friends, Simon (played by Sultan Salahuddin) and K (Kareme Young), as they hustle and dream their way through the Windy City — when they’re not too busy working as furniture repo men at the local Rent-to-Own shop

Based on popular video games this animated series is developed in collaboration with BioWare.

Zoey Deutch and Shay Mitchell star in this feel-good Christmas movie that follows two couples on very different paths. Ethan (Kendrick Sampson) and Vanessa (Shay Mitchell) are the perfect couple and Ethan can’t wait to pop the question in New York City at Christmas. He’s ready to show Vanessa exactly how much she means to him by picking out the perfect engagement ring from Tiffany’s jewelry store. Gary (Ray Nicholson) and Rachel (Zoey), however, aren’t ready to commit but are looking forward to a dream trip to the Big Apple. But, as usual, Gary has left his shopping until the last minute. And when the guys’ paths cross in Tiffany’s on Christmas Eve, a simple mix-up changes their lives forever.

The tale of a wooden puppet who comes to life and dreams of being a real boy is one that never grows old. Written by Italian author Carlo Collodi in the early ’80s, the story was turned into classic animation Pinocchio by Walt Disney in 1940, and earlier this year, a live-action version starring Tom Hanks arrived on Disney+. After the death of young son, Grief-stricken and angry Geppetto carve Pinocchio out of wood in his workshop.