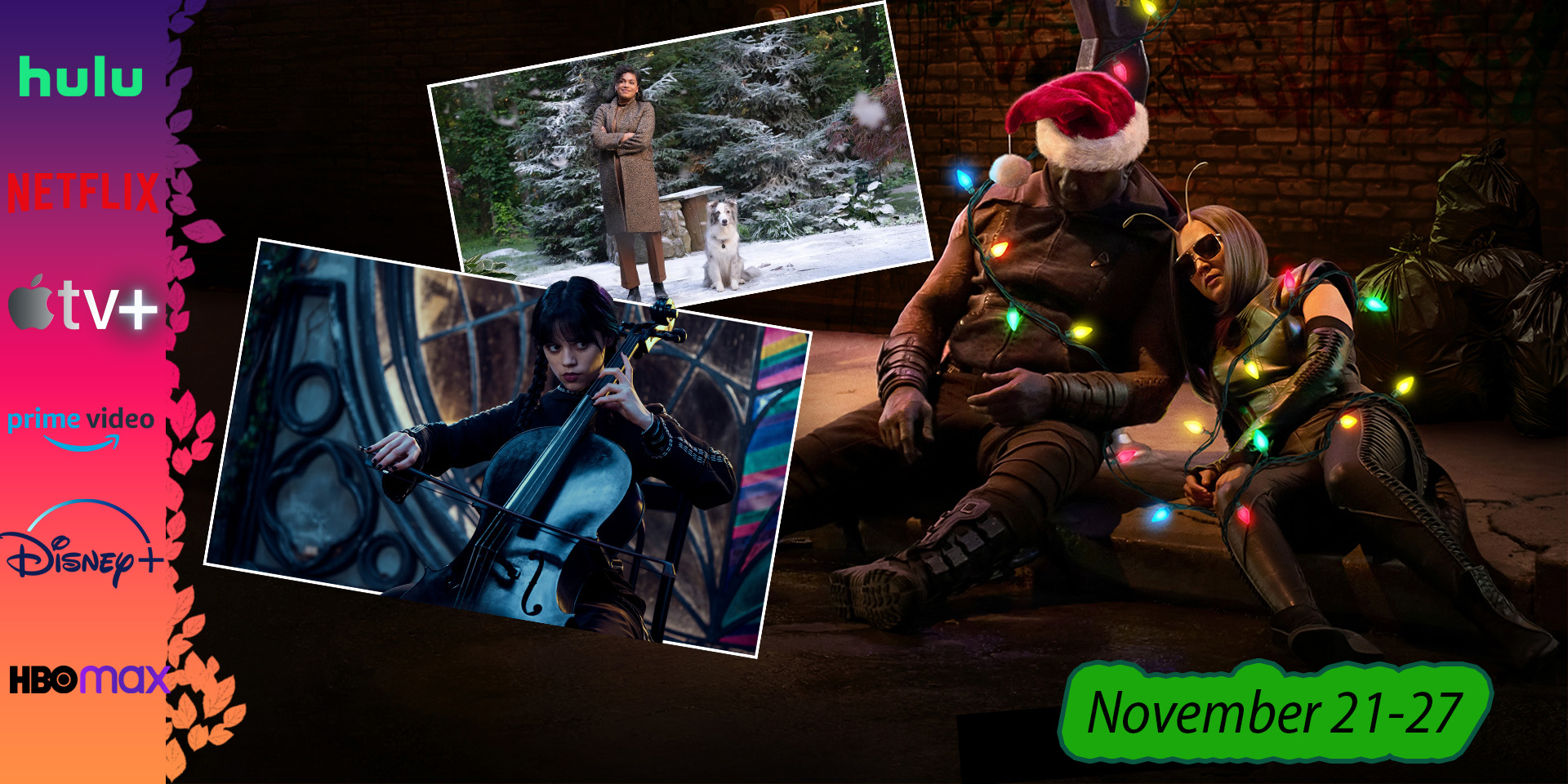 A list of best new movies and tv series available on your favorite streaming platforms, including Netflix, Prime Video, Disney+, Hulu this week. Check out the list of what to watch on streaming this week

The series tells the absurd story of an Indian immigrant, Somen “Steve” Banerjee ( Played by Kumail Nanjiani) who became the unlikely founder of the world’s greatest male-stripping empire and let nothing stand in his way in the process.

The ‘Creepy and Kooky’ Addams Family is back for an eight-part spin-off series following the misadventures of terror-loving teenager Wednesday (Jenna Ortega). The story follows Wednesday in her teenage years at Nevermore Academy, a school for supernatural-gifted outcasts in New England, where her parents, Morticia (Catherine Zeta-Jones) and Gomez (Luis Guzmán) first met. But when Wednesday discovers local townsfolk are being terrorized, she unravels a 25-year-old murder mystery that still haunts her parents. The series introduces new characters including charming school principal Larissa Weems (Game of thrones’ Gwendoline Christie), who has a connection to Morticia, and Miss Marilyn Thornhill (Played by Christiana Ricci, who played Wednesday in the 1991 movie).

When an American Scientist Amber (Jessica Ann Collins) goes missing along the Columbia-Venezuela border, her brother Bambi (Luke Evans) and her husband Prince (Michiel Huisman) launch a rescue mission in this thriller series.

This film follows the stunning true story of two young sisters, Yusra and Sara Mardini. in 2015. The Mardini sisters left war-torn Syria to seek refuge in Germany but ran into trouble crossing the Aegean Sea when the overcrowded vessel transporting them and 18 other passengers started sinking. Yusra and Sara jumped into the ocean and swam alongside to steady the boat until it reached the shore and saved the lives of others on the vessel. Just a year later Yusra competed in swimming events at the Olympic Games as part of the Refugee Olympic Team.

When widowed father Matt (Scott Garnham) inherits a farm just before Christmas, he moves to the countryside with his five kids, hoping to continue his career working from home. His children quickly fall in love with their new lives surrounded by animals, but Matt doesn’t find it easy to adapt to rural life. Meanwhile, His Neighbor makes a plan with his kids to save the farm.

Justin Hartley plays novelist Jake Turner, who returns to his family home at Christmas to sort out the house after his mother dies. It’s the first time he has been back after nearly 20 years since his mentally ill mother kicked him out. While going through the many things she hoarded, Jake discovers a diary left by a young woman called Noel, who seems to have stayed with Jake’s family during her pregnancy. Then Jake has an unexpected visitor Rachel, who is looking for the mother who put her up for abortion decades before. As Jake and Rachel search for Noel, they find forgiveness and a chance to love.

The Guardians of the Galaxy Holiday Special

Marvel fans will enjoy this festive special that finds the Guardians celebrating Christmas and on a mission to find the perfect gift for their leader, Peter Quill. Drax and Mantis head to Earth to get the present-Kevin Bacon (a fictionalized version of himself), who has been Quill’s hero for a long time. But, as they make their way to the actor’s house in order to kidnap him and give him to Star-Lord, Bacon does not seem too keen on the idea.