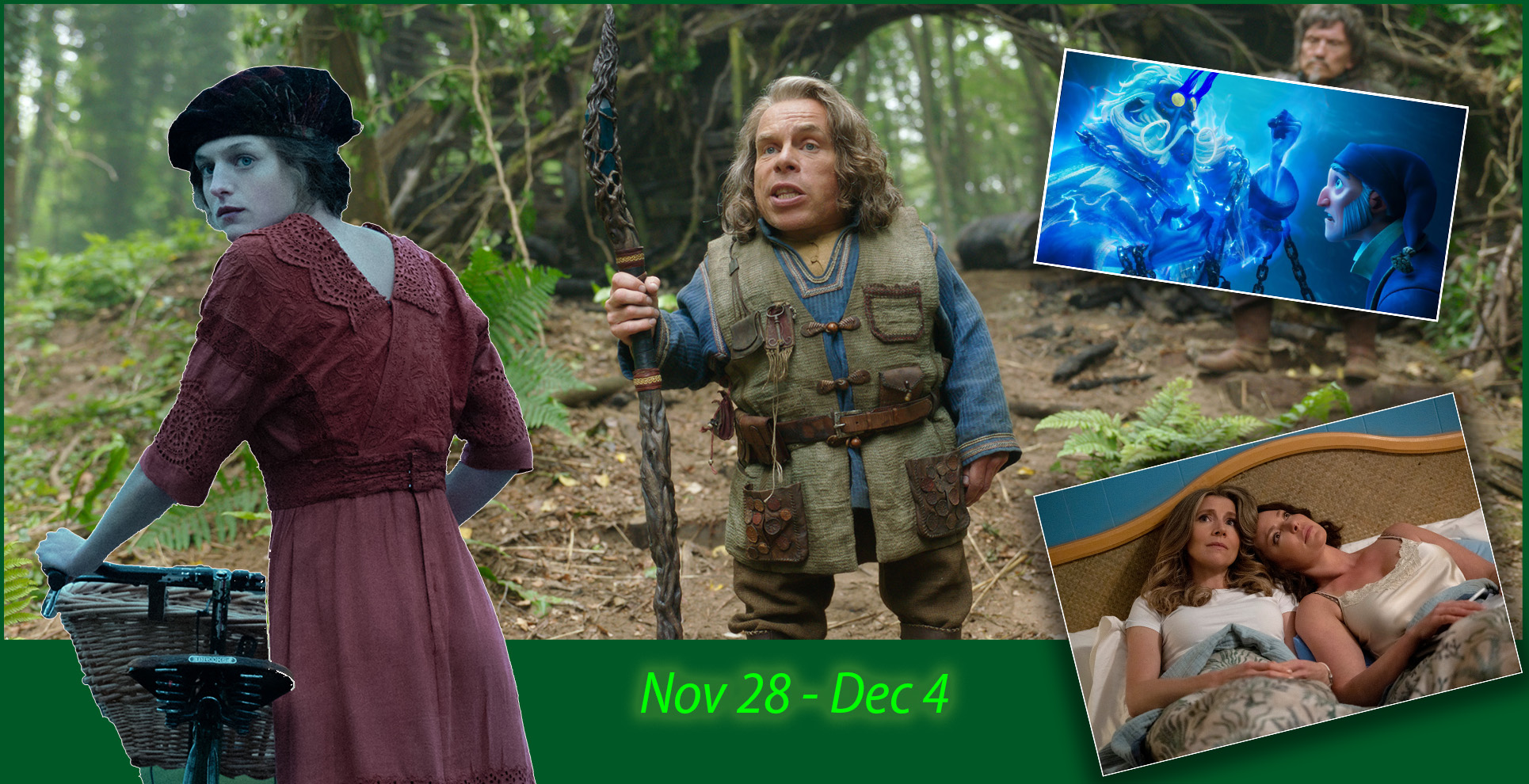 A number of new movies and TV shows are on their way to land on streaming platforms including Netflix, Disney+, Prime Video this week from November 28 to December 4. As always every week I’m here to give you the right information about all the best and new movies and shows and where to stream.

The Best New Movies and TV Shows to Watch This Week

Warwick Davis reprises the titular role of kind-hearted sorcerer Willow Ufgood in this sequel series to the 1988 fantasy film of the same name.

The eight-part series is set 20 years after the events of the movie, where a farmer and aspiring magician Willow protects Elora Danan, an infant girl prophesied to bring about the downfall of evil Queen Bavmorda.

Now, Willow must lead a new gang of unlikely young heroes on a dangerous quest to rescue a kidnapped prince and save their magical world of Andowyne, home to sorcerers and supernatural beings including brownies and trolls.

My Name is Vendetta

Italian action thriller. After enemies from his past kill his wife, former mafia enforcer Santo and his daughter Sofia flee to Milan, where they plot their revenge.

Norwegian fantasy thriller. An ancient giant troll is awakened in a Norwegian mountain and heads for Oslo, destroying everything in its path.

Your Christmas or Mine?

The festive film follows young couple James (Asa Butterfield) and Hayley (Cora Kirk), who accidentally end up spending Christmas at each other’s houses following a mix-up at the train station.

Hayley is faced with James’ aloof, aristocratic father and James is thrust into the chaos of Hayley Macclesfield’s clan.

A detective goes to a seemingly idyllic Canadian village to investigate a murder and finds no end of suspects and an abundance of long-buried secrets in this mystery series. Alfred Molina plays Chief Inspector Armand Gamache of Sûreté du Québec, the local police force of Quebec. He is sent to Three Pines after the newcomer is killed in puzzling circumstances on Christmas day. It doesn’t take long for Gamache to discover that the wealthy, entitled victim had made many enemies during her short time as a resident.

The Crown star Emma Corrin plays Lady Constance ‘Connie’ Chatterley, who is married to disabled World War I veteran Clifford, and she embarks on a passionate affair with their gamekeeper Oliver Mellors (Jack O’Connell). Their affair leads to a self-awakening for Connie but also becomes the subject of local gossip, so she must choose between forbidden love and passion or conforming to the strict expectations of society.

This animated musical version of the classic Charles Dickens tale has been reimagined from the famous 1970 movie starring Albert Finney. Luke Evans voices Ebenezer Scrooge, who’s given one last Christmas to redeem himself. Firstly, he’s visited by the ghost of his former business partner, who reveals that three more spooks are on their way to show him, the error of his ways and what will happen if he continues to be awful to everyone around him.

Darby and the Dead

Darby Harper gained the ability to see ghosts following a near-death experience suffered in her childhood. She started a side business of counseling local spirits in her spare time. When an unexpected event occurs between her and the most popular girl at her high school, Darby reluctantly agrees to help her and in the process learns how to fit in with the living world again.

Feel free to share your reviews after watching these movies. Happy watching.

1 thought on “What to Watch: New Movies and TV shows Streaming This Week”