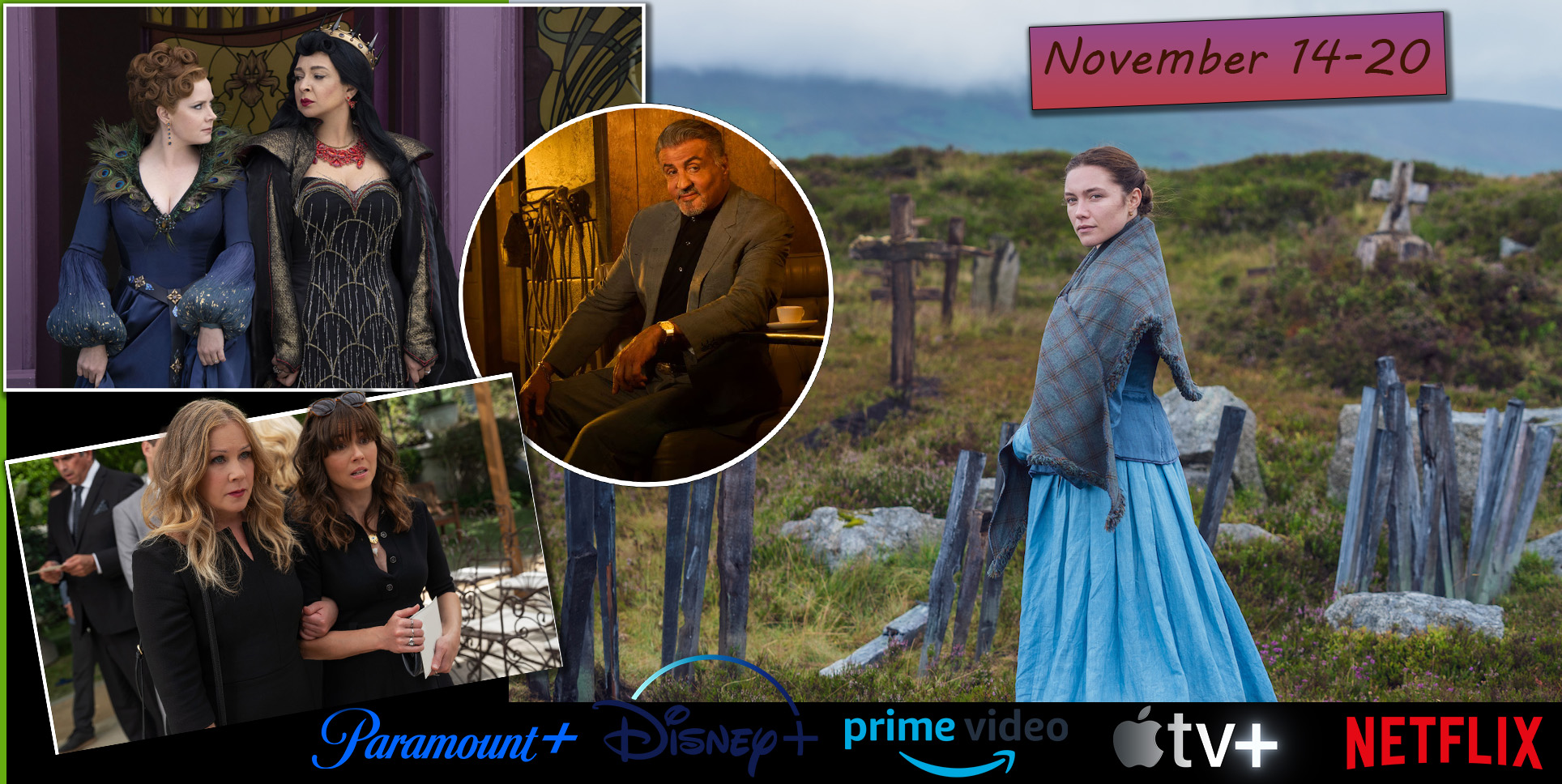 Every week the streaming giants update their sites with new content and I’m happy to share with you what to watch this week on OTT. If you’re searching for the best movies and shows coming this week on Netflix, Prime Video, Disney Plus, HBO Max, and more, you’re at the right place.

At the age of 76, Sylvester Stallone makes a debut in his first major TV series where he plays a gangster Dwight’The General’ Manfredi forced to start a new life after spending 25 years in prison. After releasing from jail, he is exiled by his mobster boss to Tulsa, Oklahoma, to set up a new base of operations for the crime family.

The series is written by Taylor Sheridan, the creator of the hit drama Yellowstone, with whom Stallone had been keen to work.

Season 5 of the modern-day western drama follows the Dutton family. John Dutton (Kevin Costner) is sworn in as governor of Montana and fires nearly everyone in a bold move against his opponents to protect the Yellowstone Ranch. Originally premier exclusively on Paramount Network (Paramount cable channel) on 13 November with the first two episodes, then release weekly. Other options to watch Yellowstone S05 include DirectTV stream, Fubo TV, Sling Tv, Philo, YouTube TV.

Tim Allen reprises his role as Scott Calvin/Santa in this spin-off series. On the brink of his 65th birthday, Scott decides he needs to find a suitable replacement as Santa. He hopes to take his family away from the north pole after retirement as he thinks his children could benefit from a more normal life in Chicago.

Chris Hemsworth teams up with Longevity Specialists to take part in 6 incredible tests that push his body to limit in order to unlock the secrets to a long and healthy life.

In this psychological period drama set in 1862, Florence Pugh plays a nurse Lib Wright, who is called by a pious Catholic Community in Ireland to examine a young girl Anna, who claims to have not eaten for four months. Lib’s job is to monitor Anna for two weeks to make sure that her survival without food is a miracle or a hoax.

The Sex Lives of College Girls

the series follows the lives of four roommates at the fictional Essex College in Vermont, covering their sexually active lifestyle as they deal with the ups and downs of college.

From the makers of German series Dark, comes this horror mystery series set abroad on the transatlantic steamship on the eve of the 20th century. The journey takes a mysterious turn when the crew encounters another ship, which vanished months earlier. The story centers on Maura Franklin ( Emily Beecham), a female doctor with a family connection to the ship.

The final season of this dark comedy series picks up when Jen (Christina Applegate) and Judy (Linda Cardellini) were in a car hit by a drunk Ben (James Marsden).

A pop star (Aimee Garcia) visits a fan in her small town, where she gets inspiration to revitalize her career and finds her love.

After another student’s death, the Elite high school is determined to cover up its scandalous past.

The People We Hate at the Wedding

Allison Janny, Kristen Bell, and Ben Platt star in a comedy about family tensions ramping up among siblings in the week leading up to their half-sister’s wedding.

A modern-day musical version of Charles Dickens’s A Christmas Carol starring Ryan Reynolds, and Will Ferrel.

A young girl discovers a secret map to the dreamworld of Slumberland where with the help of an eccentric outlaw (Jason Mamoa), she hopes to see her late father again.